Our Technical Program Committee have secured an impressive and diverse line-up of Keynote Speakers for AEGC 2021 who will be speaking on thought provoking topics related to our principle conference theme of Geoscience for a Sustainable World.

Read more about them below. 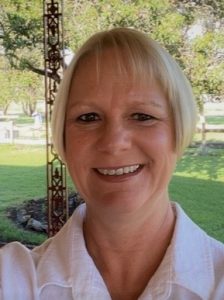 Andrea Rutley is Head of Geoscience for Anglo American’s Metallurgical Coal Business Unit based in Brisbane.  She is responsible for leading the integration and interpretation of Geoscience data across exploration, geological modelling, operational geology and specialist technical disciplines of Structural Geology and Geophysics with the focus on improving the future performance of Met Coal’s operations.  Whilst the majority of Andrea’s career has been in Geoscience and Geophysics, she took on the role of Head of Safety and Sustainable Development (S&SD), for three years from 2017-2020 where she was responsible for coordinating the delivery of Met Coal’s S&SD strategy.

Andrea has a BSc (Hons) degree with a major in Geology and Post Graduate Diploma in Secondary Education and has also been President of the Australian Society of Exploration Geophysicists. 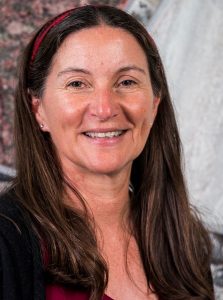 With the onset of the digital revolution in the geosciences, June changed her focus to bridging the gap between geology and mathematics, utilising the power of modern computing. Her research has resulted in the development of algorithms and software that allow non-mathematical geologists to apply advanced mathematical and machine learning approaches to large and complex data sets. The aim of her work is to facilitate fast, consistent logging of drill holes using data generated by laboratories and portable analytical machines.

June currently leads a CSIRO research team in the MinEx CRC, which is developing new algorithms for assisting objective logging of structural information in drill core. In her talks and training courses, June is able to successfully communicate complex mathematical and machine learning concepts in terms of geological solutions for a geological audience. 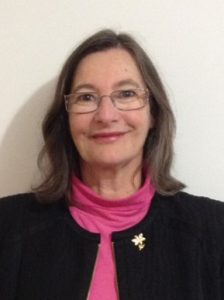 Marita Bradshaw is a petroleum geologist with over 30 years of experience in government and industry. With Geoscience Australia she had a series of technical, managerial, and executive roles with a focus on revealing and promoting the petroleum prospectivity of Australia. This included leading a program of new data acquisition in offshore frontier basins, responsibility for the geotechnical content of the annual offshore petroleum acreage releases and establishing the continent-wide framework of Australian petroleum systems.

Within industry Marita has worked in exploration for several multi-national and Australian companies, including ESSO Australia and WMC. She has been recognised by the Australian Geoscience Council as a National Geoscience Champion and is a member of the National Rock Garden Steering Committee. 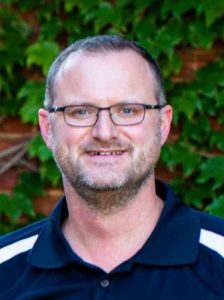 Richard Lilly is the Program Leader for the National Exploration Undercover School (NExUS), which he co-founded in 2016 at the University of Adelaide. Additionally, through his role as a Minerals Industry Embedded Research Fellow, he lectures economic geology at undergraduate level and coordinates a range of applied economic geology research projects for companies including Mount Isa Mines, OZ Minerals, SIMEC and Hillgrove Resources.

Richard completed his PhD on the northern Oman ophiolite at Cardiff University (UK) in collaboration with the British Geological Survey and worked with Rio Tinto and Chevron before joining Mount Isa Mines (formally Xstrata Copper) exploration in 2007 based in Mount Isa, Queensland. In his role as senior exploration geologist he instigated and co-supervised a wide range of applied research projects with the aim of improving exploration targeting, before returning to an industry funded academic role in 2015. Richard is involved with national initiatives relating to both mineral exploration and geoscience/STEM education.

Richard is passionate about rocks, advancing our understanding of ore systems, geochemical exploration through cover and teaching/mentoring the next generation of geoscientists. 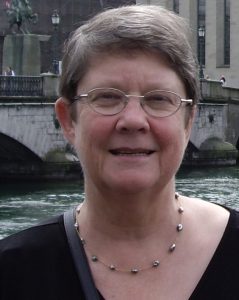 Suzanne (Sue) Golding is an Emeritus Professor in the School of Earth and Environmental Sciences at the University of Queensland (UQ), where she conducts research on ore deposits, coal seam and shale gas, and carbon storage. She holds BSc (Hons 1) and PhD degrees from the University of Queensland in geology and geochemistry and has taught courses at all levels to UQ science majors and engineering students from 1995 to 2020. Golding has published more than 200 academic articles and book chapters and edited a pioneering text on coal seam gas titled ‘Coalbed Methane: Scientific, Environmental and Economic Evaluation’. She was previously Director of UQ’s Centre for Geoanalytical Mass Spectrometry (CGMS) and has considerable expertise in the application of stable and radiogenic isotope technologies in mineral and hydrocarbon exploration. Previously, Golding worked in exploration and production in the minerals and coal industries in Australia and South Africa. 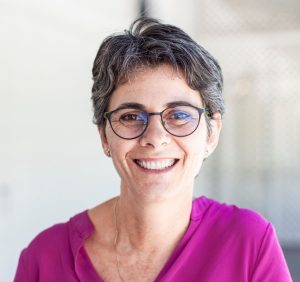 Sandra Occhipinti is the Research Director of Discovery CSIRO Mineral Resources. Sandra is a structural geologist with over 30 years of experience. Discovery is focussed on solving challenges faced in the mineral industry through innovative science and technology, through collaborative research and development through the integration of a multidisciplinary and diverse team. Sandra has worked across the government, industry and academia sectors – most notably for the Geological Survey of Western Australia, The University of Western Australia and AngloGold Ashanti. Her recent work in Mineral Systems science uses key concepts and understanding of the development of mineral deposits through geologic history, dependent on factors such as the operating tectonics, local conditions (including climatic zones), controls on fluid flow, to name a few. Discovery partners with Data 61 and groups such as the Deep Earth Imaging Future Science Platform to find the best solutions to problems we face today, and provide solutions that we can use in the future in exploration for minerals and water, and for more efficient and sustainable, and environmentally responsible mining. 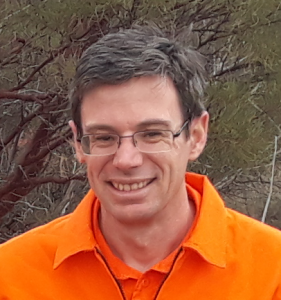 Tim is a Specialist Geophysicist for BHP Coal which he joined in 2019.   Prior to joining BHP he was a Research Fellow within the Department of Exploration Geophysics at Curtin University.  This followed an extensive career at Schlumberger/WesternGeco/Western Geophysical in a variety of roles including marine and land field operations, software development, and research located in Saudi Arabia, England, Norway and Australia.  Following his final position within Schlumberger as Principal Research Geophysicist at the Schlumberger Fibre-Optic Technology Centre Tim joined HawkEye Technology (a division of Sony) as a Project Advisor for the introduction of goal-line technology into the UEFA Champions League.  He also conducted research into the use of sensors within sports as diverse as Cricket, AFL, and Volleyball.

Tim has an Honours degree in Geophysics from Curtin University and a PhD in Physics from the University of New South Wales.  His research interests include land acquisition, particularly vibroseis sources, land data processing, and distributed fibre-optic sensing. 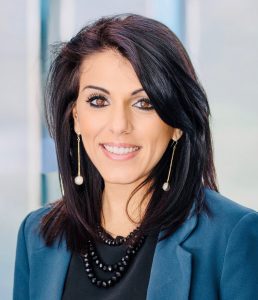 Anita is a Senior Research Fellow in Geometallurgy and Applied Geochemistry at the W.H. Bryan Mining and Geology Research Centre within the Sustainable Minerals Institute. Anita’s research is focussed on mine waste characterisation to improve mine planning and waste management practices where she has worked with mining industry, METS sector and government stakeholders. She has developed new tests and protocols for improving waste characterisation and is also involved in identifying remediation options for abandoned/ historical mine sites. Most recently, Anita has led industry and government funded projects characterising a range of mine waste materials to evaluate their economic potential.

Anita is a Senior Research Fellow in Geometallurgy and Applied Geochemistry at the W.H. Bryan Mining and Geology Research Centre within the Sustainable Minerals Institute. Anita’s research is focussed on mine waste characterisation to improve mine planning and waste management practices where she has worked with mining industry, METS sector and government stakeholders. She has developed new tests and protocols for improving waste characterisation and is also involved in identifying remediation options for abandoned/ historical mine sites. Most recently, Anita has led industry and government funded projects characterising a range of mine waste materials to evaluate their economic potential. 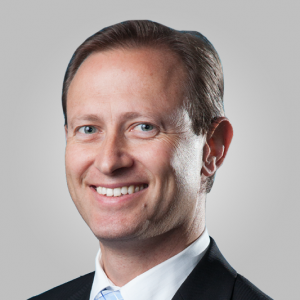 Andrew graduated 1st class Hons in Earth Sciences from the University of Auckland (New Zealand) in 1996 after which he completed his PhD at James Cook University in 2000.

Andrew has more than 20 years of professional experience in leading pre-competitive geoscience research within the Australian Government, with responsibility for energy and mineral resources, carbon capture and storage, marine geoscience and groundwater programs. Andrew has published over 100 scientific and technical papers and is a member of 12 professional organisations.

Andrew has responsibility for building a national prospectus of energy and mineral groundwater resources across Australia through regional geological framework studies, and delivery of pre-competitive scientific data and information. A key outcome is to stimulate new exploration investment in frontier areas through an improved understanding of under-explored regions and sustainable water management.

As a member of the Australian Government’s Ocean Policy Science Advisory Group Andrew had a lead role in drafting A Marine Nation 2009 and Marine Nation 2025 as blueprints for coordinating investment in marine science in Australia. Andrew represents Australia in the International Ocean Discovery Program (IODP) as Council Member of the Australia–New Zealand IODP consortium, is a member of the CO2CRC board and Program Advisory Committee, and is the Federal Government’s representative on the Geoscience Working Group of the Energy National Cabinet Reform Committee.

Click the button below to submit your registration online.